10 Encouragements from Spurgeon About Preaching 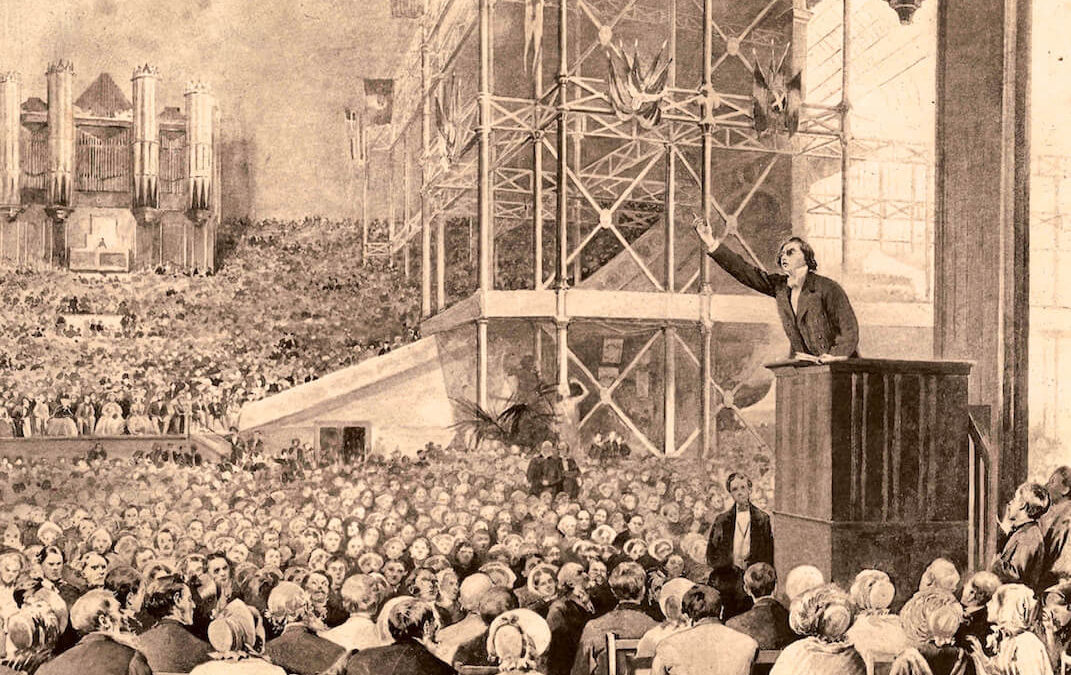 Pastors are often tempted (or even feel a measure of intimidation) to be well-versed in the language of culture and the issues of the day. They do not want to be seen as out of touch with and/or not supportive of the innumerable good causes that capture the attention of both Christians and non-Christians alike. I certainly would not argue that the preacher should be ignorant of the hot-button-topics and concerns of the day, however, he must not let the voices of culture dictate his message. The preacher must be laser-focused on Biblical preaching that centers on Christ and the Gospel.

I think that even among conservative evangelicals, who boldly proclaim belief in the full inspiration and inerrancy of the Scripture, that there is often a lack of confidence in the Bible.

Writing in January 1856, twenty-one-year-old Charles Spurgeon offers wise counsel to both those who preach and those who hear preaching. His words call preachers and all Christians to a renewed confidence in Christ, His Gospel, and in Biblical preaching. Spurgeon’s quotes are in italics.

1. Preaching and Hearing the Word are of Inestimable Importance.

The Preaching of the Word by the chosen servants of the living God, is the ordained means for the gathering in of the elect. It is not the Word ‘read,’ so much as that which is ‘heard,’ which has the promise attached to it; hence the importance of a devout attendance on the ministry of the Gospel.

Since preaching is of incaluable importance, the necessary implication is that one must actually show up to hear the message preached. Attend the preaching of God’s Word as if your life depends upon it; it does.

2. Biblical Preaching will Often Provoke Critics, but God will Bring Good from the Criticism.

Happily, the author has heard abuse exhaust itself [against his preaching]; he has seen its vocabulary used up, and its utmost venom entirely spent; and yet, the printed discourses have for that very reason found a readier sale, and more have been led to peruse them with deep attention.

God always works good through the faithful preaching of His Word even though both preacher and message may be strongly criticized.

3. God Blesses the Preaching of the Gospel.

Some single Sermons here [in vol. 1 of the New Park Street Pulpit] brought into the society of their brethren, have been, under God, the means of the salvation of not less than twenty souls; at least, that number have come under the preacher’s notice from one Sermon only; and doubtless more shall be discovered at the last day. This, together with the fact, that hundreds of the children of God have been made to leap for joy by their message, makes their Author invulnerable either to criticism or abuse.

Though the preacher may not be as aware as Spurgeon was of the number of souls converted from a single sermon, the “last day” will reveal the full benefit of preaching. So, regardless of present results, labor for a lifetime of faithfulness.

It is our firm belief, that what is commonly called Calvinism, is neither more nor less than the good old gospel of the Puritans, the Martyrs, the Apostles, and of our Lord Jesus Christ. The word Calvinism, is frequently used here as the short word which embraces that part of divine truth which teaches that salvation is by grace alone, but it is not hence to be imagined that we attach any authority to the opinion of John Calvin, other than that which is due to every holy man who is ordained of God to proclaim his truth. We use the word simply for shortness of expression, and because the enemies of free grace will then be quite sure of what we mean.

5. Preaching the Doctrines of Grace Brings Comfort to Humble Sinners and Displays the Beauty of Jesus to True Christians.

Here, the proud legalist, the conceited believer in the unaided strength of man, and the self-exalting moralist, will discover very little suitable to their corrupt palate and much to excite their enmity; but the humbled sinner may possibly find words of comfort, and the self-loathing believer will perhaps obtain a glimpse of his Lord.

Jesus is ‘the Truth.’ We believe ‘in him,’ not merely his words. ‘He’ himself is Doctor and Doctrine, Revealer and Revelation, the Illuminator and the Light of Men. He is exalted in every word of truth, because he is its sum and substance. He sits above the gospel, like a prince on his own throne. Doctrine is most precious when we see it distilling from his lips and embodied in his person.

7. Christ-less Preaching is a Tool of the Devil.

8. Faithful Preaching Requires Dependency on the Holy Spirit via Prayer.

The Holy Ghost who has ever been our sole instructor, will we trust, teach us more of Jesus . . . .
. . . may the Lord himself succeed our endeavours.

When Spurgeon asserts that the Holy Spirit was his “sole instructor” he did not mean apart from the means of study. Spurgeon was a faithful student of Scripture and beyond his reading of the Bible, he read six substantive volumes each week. He depended on the Spirit through study and prayer to give him understanding into the meaning of the text.

9. Biblical Preaching Reflects the Theological Growth of the Preacher.

The reader [of Spurgeon’s sermons] will, perhaps, remark considerable progress in some sentiments here made public, particularly in the case of the doctrine of the Second Coming of our Lord, but he will remember that he who is learning truth will learn it by degrees, and if he teaches as he learns, it is to be expected that his lessons will become fuller every day.

The preacher who imagines that he has not changed a bit over 10, 20, or 30 years of preaching either does not know himself, is lying, or is not growing. No maturing preacher or Christian has the same understanding of the doctrines of Scripture as the years pass. He grows deeper and more precise. When a preacher models such growth his congregation is encouraged in their own progress of faith.

10. Preaching is via the Means of a Preacher who Preaches as a “Whole Man.”

Every man has his moments when his lighter feelings indulge themselves, and the preacher must be allowed to have the same passions as his fellow-men, and since he lives in the pulpit more than anywhere else, it is but natural that his whole man should be there developed; besides, he is not quite sure about a smile being a sin, and, at any rate, he thinks it less a crime to cause a momentary laughter than a half-hour’s profound slumber.

Italics are quotes from C. H. Spurgeon, January 1856.
COMING: September 4th from Ray Rhodes and Moody Publishers: Susie: The Life and Legacy of Susannah Spurgeon. Foreword by R. Albert Mohler, Jr. Available for pre-order everywhere or directly from Ray. You can visit Ray at his Facebook Page to order or to schedule him to speak about Charles and Susannah Spurgeon for your next event. Contact

Not Another Baptist Podcast